A Man of Change (e-boek) 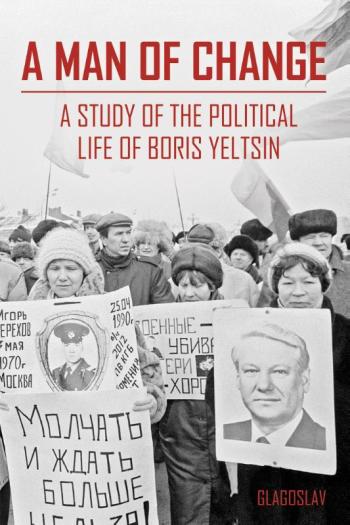 Ga naar het begin van de afbeeldingen-gallerij
Gegevens
A Man of Change is a gift from the Foundation of the First President of the Russian Federation B.N. Yeltsin otherwise known as The Yeltsin Fund, produced in cooperation with Glagoslav Publications and distributed with the aim to preserve the knowledge and memory of Russia?s first President. Boris Yeltsin will be remembered as the fierce, daring political leader who fought for democratic ideals of his nation during an unprecedented crisis when the Soviet empire had already fallen apart and new emerging nations had not yet firmly established themselves in the region. Russia took over from the previously mighty union of nations, but the country had to be rebuilt and its leadership needed to be reaffirmed. During the years when others were abandoning the sinking ship, Boris Yeltsin showed a remarkable strength of character and took it upon himself to salvage the nation despite unfavorable odds. Yeltsin created a stronghold for the new Russian governance, and this book is about a man who worked until it was his time to go, and kept his promise to his native land. The President . Yeltsin Centre Foundation Founded in November 2000, The President . Yeltsin Centre Foundation is a non-profit organization whose main aim is to give the youth of Russia the opportunity to reach their creative potential. The Foundation uses its influence to support young people, cultivating their talents in various fields, including education, science, art and sport. The Foundation also carries out studies of historical and political foundations reforms that took place in Russia, and the role of President Yeltsin in Russian and international politics. The Foundation is working to nurture peaceful and friendly relations between the world?s nations, offering help in the battle against social and religious conflicts. In order to achieve these various goals, the charity has become a committed contributor to international humanitarian work. Authors: professor and doctor of engineering sciences M.R. Zezina, prof., doctor of engineering sciences O.G. Malysheva, D.Eng.Sc. F.V. Malkhozova, prof., doctor of engineering sciences R.G. Pikhoya Material by the following was used: doctor of philosophical sciences V.A. Boikov, doctor of engineering sciences A.D. Kirillova, G.M. Kayota
Meer informatie
Reviews
Schrijf uw eigen review